Working closely with VW Group Components and partner companies and suppliers, Skoda is taking an important step in the transition from combustion engines to electromobility with the production of battery systems. By the end of 2023, Skoda will reach its next milestone, when the second expansion phase is complete. This means that the factory can produce a total of more than 380,000 battery packs per year. 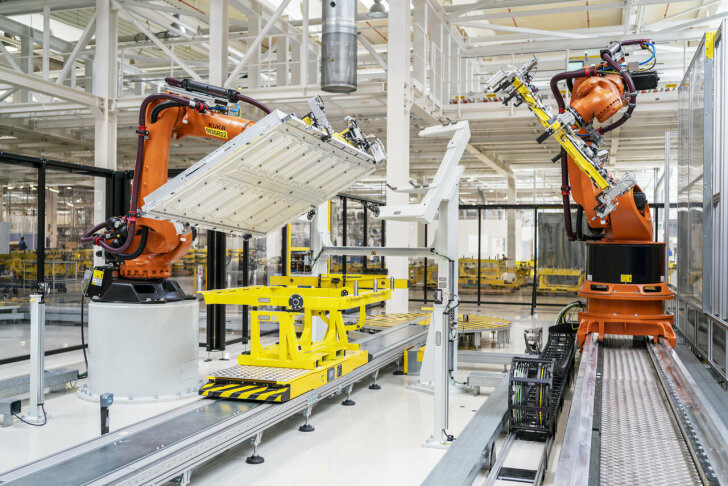 In Europe, Skoda’s main plant in Mladá Boleslav is the only production site outside Germany where MEB battery packs are manufactured. The smallest version with eight modules has a capacity of 55 kWh and the medium version with nine modules has 62 kWh. The largest battery pack with 12 modules has a storage capacity of 82 kWh. In addition to the modules consisting of 24 cells each, the components of the MEB battery pack consist of a housing with an integrated cooling system, battery management system, and the necessary electrical connections. Skoda also manufactures other electronic components in Mladá Boleslav. The high-voltage traction battery has been in production since autumn 2019 and is used in the SUPERB iV, OCTAVIA iV and other plug-in hybrid models of the Volkswagen Group.

The company’s transformation has accelerated as a result of the new production line. In line with the NEXT LEVEL – Skoda’s 2030 STRATEGY, Skoda plans to start producing electronic models or electronic components at the brand’s three production sites by the end of the decade. The company expects to increase its share of fully electric cars in Europe by then, depending on market developments, to 50 to 70 percent. In line with this, Skoda will continue to rock its models in the years to come. By 2030, the model lineup will be expanded with three full electric models, all of which will be below the price and size of the ENYAQ iV.