Emden is the newest high-tech location for electric mobility in the state of Lower Saxony. The Volkswagen Group will invest a total of around 21 billion euros by 2026, making the state a leading electric mobility hub in Germany. Emden will also produce AERO B starting next year in addition to the ID.4. And in Hanover, the capital of Lower Saxony, ID production will begin this year. buzzing. ID.3 will also be built in Wolfsburg from 2023 and preparations will also begin for production of the Trinity. 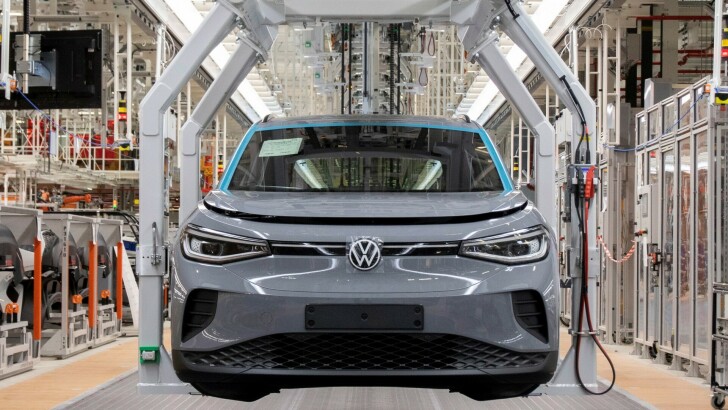 The group is also investing in Braunschweig, Salzgitter and Kassel, among others, in the further expansion of production of existing battery, stator and electric motor systems. The location in Salzgitter is being further developed into a European battery center. The start of ID.4 production at Emden is proceeding as planned, despite facing challenges during the two-year conversion phase. Depending on the supply chain situation, up to 800 cars per day could be built from the end of 2022. Volkswagen has built six new production halls, five new transport bridges and several logistics buildings with a total area of ​​​​approximately 125,000 square meters on the plant site. And thousands of employees have been intensively trained to optimally prepare for the switch to electric model production.

With the opening of Emden, and soon Chattanooga, the number of production sites for ID.4 will grow to five worldwide. The extra capacity is sorely needed, given the huge success of the electric SUV. Volkswagen delivered more than 30,000 units to customers worldwide in the first quarter of 2022 alone. With 163,000 cars sold since its launch, the ID.4 is not only the Volkswagen brand’s best-selling electric model, but the entire Group.