To generate ID. Buzz, the factory in Hanover is being renovated further. An example is the realization of new workshops and new stations on the assembly line for the assembly of electrical parts.
“Over the past two years, production facilities have continued to be prepared for the production of our new electric model, while the T6.1 and, since last year, the new Multivan in Hanover have continued to run the production line at the same time,” explains Josef Baumert, member of the Volkswagen Commercial Vehicles board and responsible for production and logistics. “We are now producing three versions of the bus with three different drive system concepts here.” 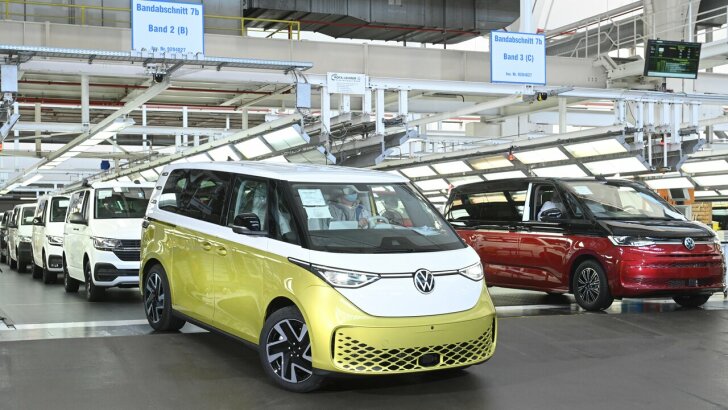 Both versions of ID. Buzz is a pioneer in the field of sustainability: CO2 emissions released during production and transportation are compensated. Volkswagen Commercial Vehicles also use recycled synthetic materials and the interior is completely free of animal skins.

Identity. Buzz and ID. Buzz Cargo is now available to order and will be available starting this fall. In both versions, the 77 kWh battery pack provides a theoretical range of up to 424 kilometers. In addition, both models benefit from all the innovations of the ID family. Identity. The Buzz Cargo commercial vehicle version is available from €46,200 (excluding VAT), while the regular passenger car version, which will be available later, starts at a starting price of around €55,000. Already a luxury ID. The passenger car version of the Buzz 1ST can be ordered, starting from €69,990 (including VAT).