Rijswijk’s Ophof service not only added the first MAN TGX to its fleet, it was also the first in our country to ship with OptiView. A camera system from MAN where all mirrors have been replaced by cameras.

Ophof Services is a flexible and versatile company that, according to owner Alexander Ophof, was founded during his student days. “As economics students, we want to do something with our own hands. Above all, we didn’t want to sit idly by, so we founded a company in the mobile industry. We found that this is quite seasonal: it is much quieter in the winter and we had to do it in the early summer. So we immediately focused on transporting furniture and growing to larger jobs, so as not to be too seasonal. This in turn led to many new contacts and resulted in services in construction and utilities. This creates a small-scale, but broadly growing, full-service provider focused on moving, transportation, handyman services and equipment,” explains Alexander Ophof. “No day is the same.”

The fleet now consists of ten units, ranging from the smallest delivery vans to tractor-trailer combinations. “This is the first time we have a new MAN in the fleet. At first we thought we’d find a young used truck, but nothing suited us. Through our network we are in touch with Van Leeuwen Truckservice. We right-clicked from the start. That led us to look for a new one and then also with OptiView,” said Ophof. He said that a second TGX has already been ordered, which will arrive in the fall. This company has recently been active in container work. “This is again a network problem. We have, as it were, rolled up and are now transporting sea containers throughout the Netherlands, parts of Germany, Belgium and northern France.”

Another argument for being new is the safety system installed on the MAN TGX. “The traffic is getting busier and this TGX is equipped with the latest. It made us feel safe and so did our driver. With OptiView we have the best view around the combination. Our most senior drivers have gotten used to cameras rather than mirrors before. At first he didn’t like it and it took him a while to get used to it. When he heard that a new truck was coming for him, he was so used to its benefits that he wanted another camera system anyway. In addition, the further guidance and after-sales at Van Leeuwen Truckservice was very enjoyable. It is precisely because of the diversity of our work that we seek suitable suppliers. The first MAN TGX with OptiView has been the basis for constructive collaboration.”

In the photo from left to right: Mr. and Ms. Ophof sr, Angel and Alexander Ophof, Cees Hoogland and Michel Schroots of Van Leeuwen Truckservice. 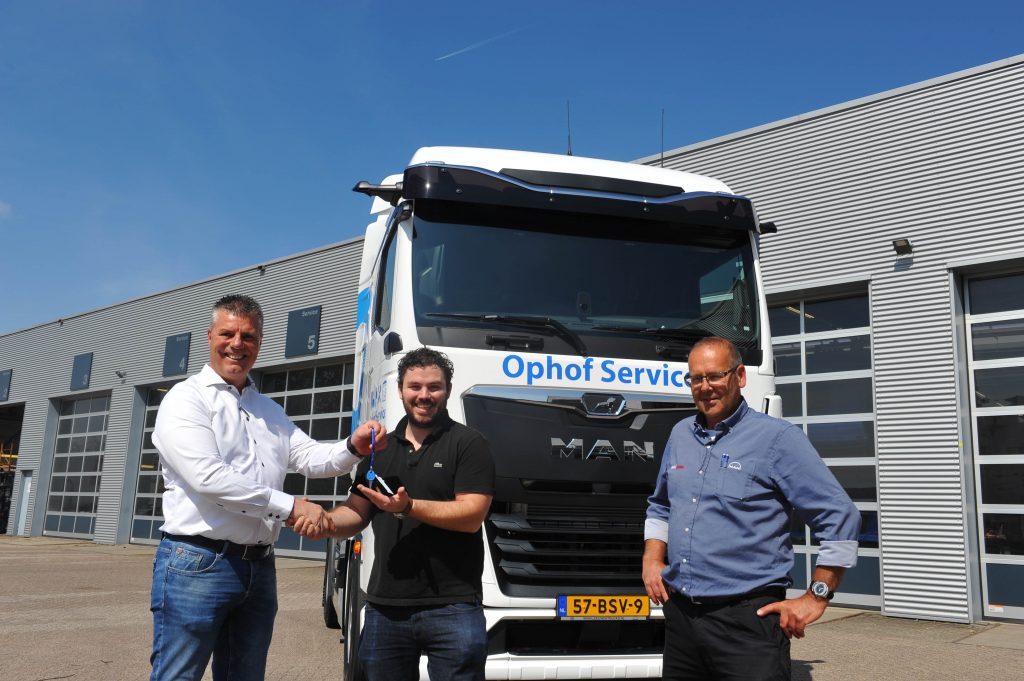 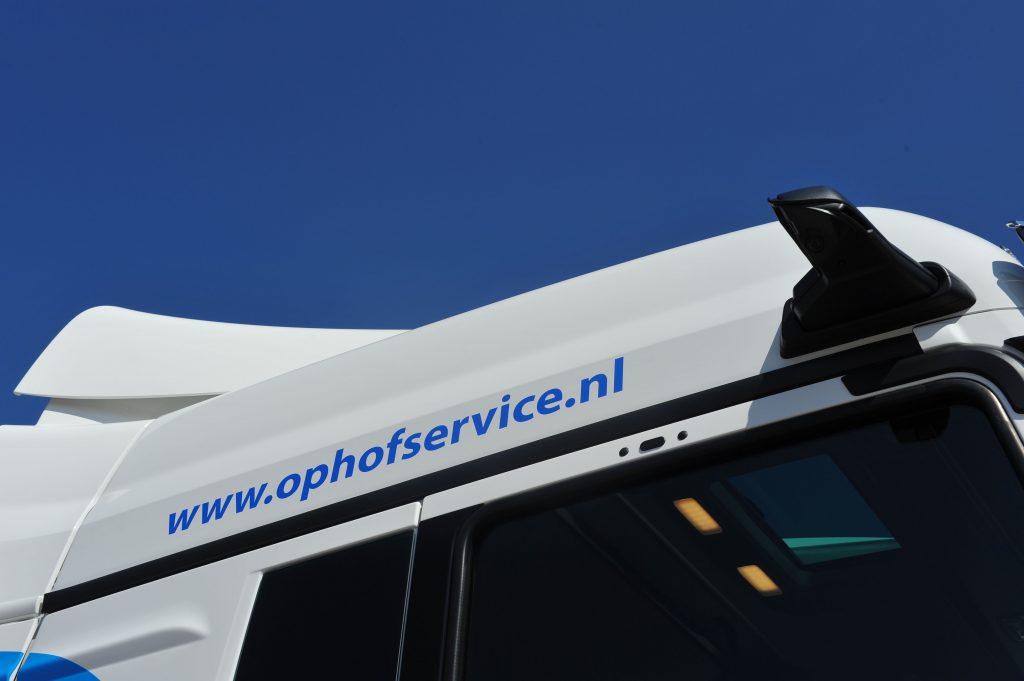