Battery-electric LongHaul eActros trucks for international transport will be the highlight of this year’s Mercedes-Benz Trucks at IAA Transport in September in Hanover.

The manufacturer announced the 40-ton truck in 2020 and will present a “concept prototype” for the first time exactly two years later. The eActros LongHaul on display at the IAA offers a taste of the production vehicle design language. The tractor was also part of the test fleet. The first prototype is now being tested intensively and Germany will also test the electric truck on public roads this year. In the coming year, nearly production-ready prototypes will be used by customers for practical tests. Series production is planned for 2024. The eActros LongHaul has a range of about 500 km on a single battery charge. eTruck allows what is called Megawatt Charging.

In addition to the eActros LongHaul, Mercedes-Benz Trucks will present more new battery electric trucks at the IAA. Since October 2021, the truck manufacturer has been producing eActros for heavy distribution transportation in series at the Wörth plant. eEconic for city use will follow in July. Mercedes-Benz Trucks aims to increase the share of local CO2-neutral new vehicles in Europe to more than 50 percent by 2030.

Also read: After more than 2 million km, Roland says goodbye to his Axor

Karin Rådström, CEO of Mercedes-Benz Trucks: “Electrification of international transport is the next milestone in our journey towards CO2 neutrality. As a battery-electric vehicle, the eActros LongHaul must be cost-effective for our customers. My team and I are looking forward to bringing this innovative truck to our customers and the public in September.” 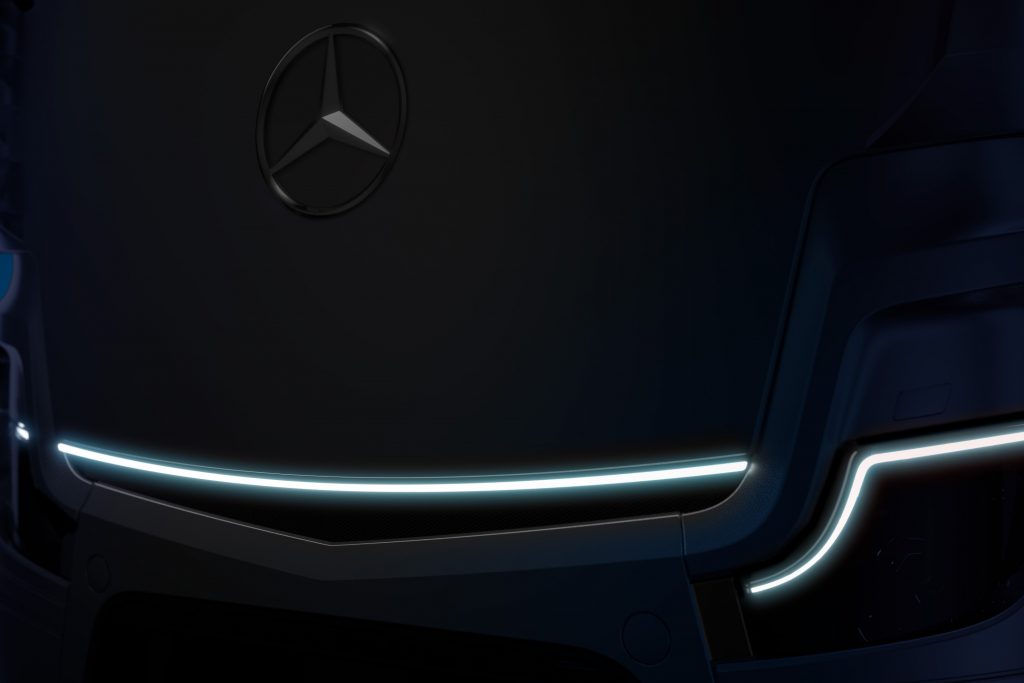