Bentley on Tuesday expanded its lineup with a new long-wheelbase version of its top-selling Bentayga SUV.

Called the Bentayga Extended Wheelbase, the new variant features an additional seven inches in the wheelbase (up from about 118 inches), resulting in a roomier cabin.

Curiously, there’s no third-row option like in the regular Bentayga, despite the extra space. Instead, passengers in the second row benefit from extra legroom. We’re talking full-size sedan levels of legroom.

Bentley is offering three seating configurations in the Bentayga EWB. There’s a standard five-seat configuration plus an extra-plush four-seat configuration, where the second row gains two individual seats similar to the Four Seat Comfort Specification first offered in the regular Bentayga for 2021.

The third configuration is described as a 4+1 setup, and is a blend of both the four- and five-seat setups. Essentially, the second row features two outer rear seats with similar comfort to the rear seats in the Four Seat Comfort Specification, together with a narrow middle seat that can be used on the rare occasion that you might carry a fifth passenger. The middle seat is big enough to carry an adult, and still gives access to a ski hatch behind it.

A new feature available on the model is what Bentley refers to the as the Airline Seat Specification. The individual rear seats have 22-way adjustment including new auto climate sensing and postural adjustment systems. With the climate system, the seat occupant’s contact temperature and surface humidity are constantly measured and then the heating and ventliation systems of the seat are adjusted to suit the desired climate setting. For the posture system, thigh and shoulder pockets, together with lumbar massage pockets, continuously change the shape of the seat to ease pressure points around the body. The seat also includes cushion and backrest adjustment, plus a deployable footrest. For added comfort, the rear door and center armrests are also heated. 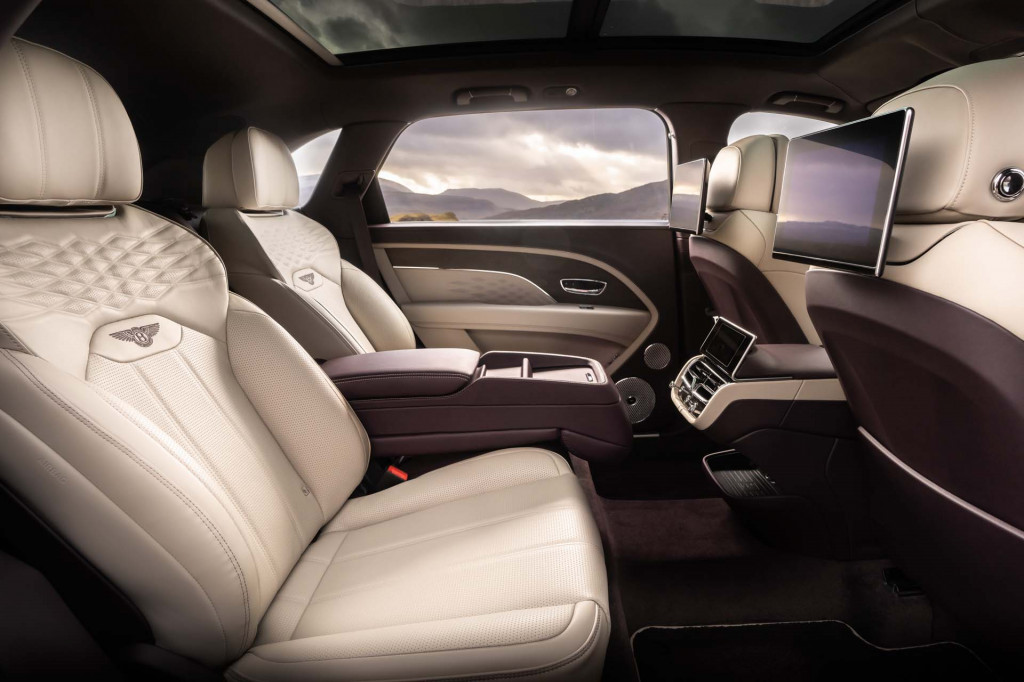 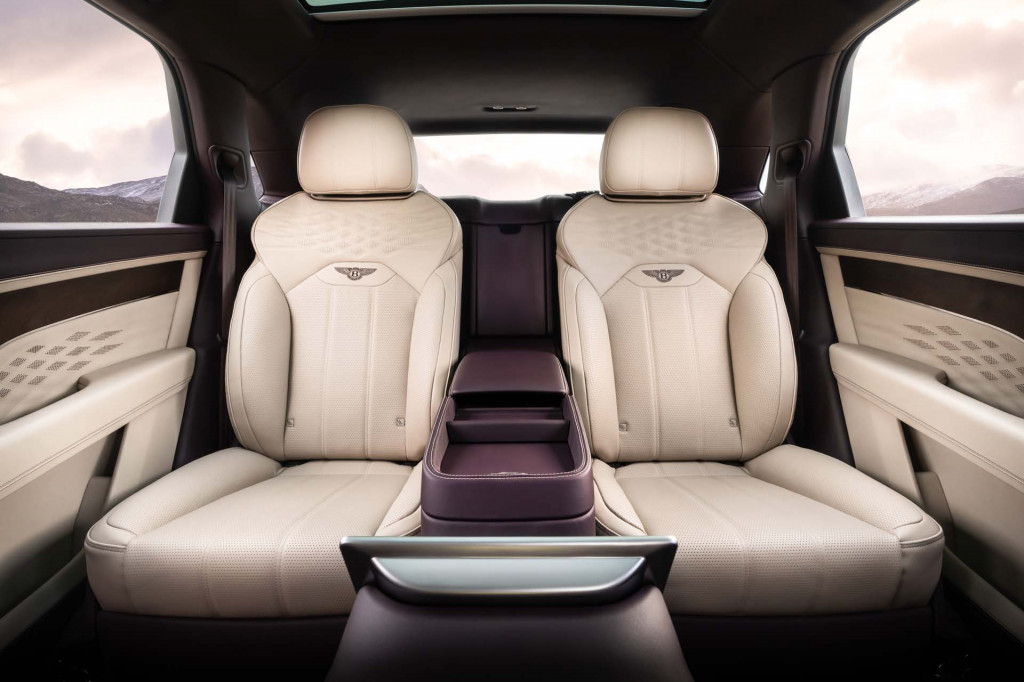 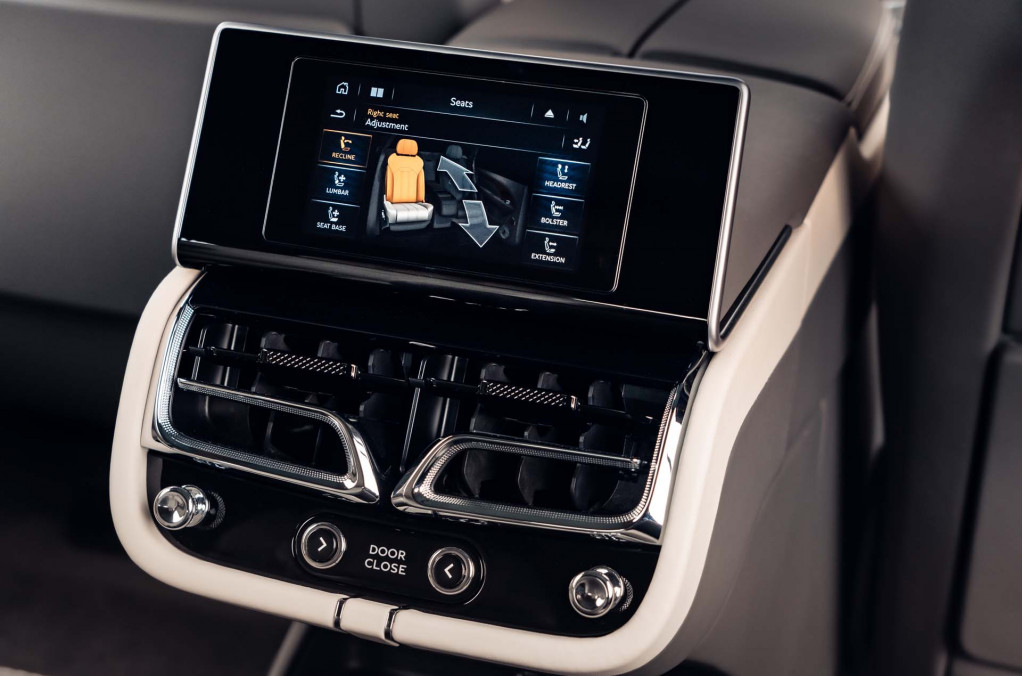 The Bentayga EWB is mechanically similar to the regular Bentayga, though there’s the addition of an all-wheel-steering system that Bentley also offers on the Flying Spur. The system delivers a turning circle smaller than that of the regular Bentayga by 7%, making some of those tight parking manuevers easier.

The sole powertrain announced for the SUV is Bentley’s 4.0-liter twin-turbocharged V-8, rated at 542 hp and 568 lb-ft of torque. It’s mated to an 8-speed automatic transmission and all-wheel-drive system. Performance claims include 0-60 mph acceleration in 4.5 seconds and a top speed of 180 mph.

The Bentayga EWB starts deliveries in the first markets in late 2022, and included at launch will be two special specifications—Azure and First Edition—each with their own set of curated details. Availability and pricing for the U.S. will be announced at a later date.