Mammoet Ferry Transport was acquired in late 2019 by logistics service provider Neele Vat. The latter purchased a renowned specialist with a track record of nearly 35 years in ferry transport to the UK.

“Obviously, our network is wider and we also serve many customers in Germany, the Alpine countries and in the north of France,” said Group Managing Director Barry Kweekel, who heads Mammoet Ferry Transport along with Operations Director Paul Kruisbergen.

Mammoet Ferry Transport’s fleet consists of 550 trailer units, but if it’s up to the new management led by Kweekel, it’s not enough. “After the takeover and appointment of new management, we have started a growth path. In addition to destinations in the UK, now we are also heading straight to Ireland. There are currently 25 trailers per week, destined for Dublin. The trailer purchased now concerns replacement and expansion. We hope to have a fleet size of 600 units before the end of the year.”

The majority of this fleet consists of Krone trailers. “We have been in a relationship with Krone since 2013. It started very simply with the first ten, then another twenty. The brand has now shown that their trailers are still doing what we bought them after six or seven years. It gives us the confidence to continue with Krone,” said director of operations Paul Kruisbergen.

The new trailer is suitable for huckepack transport, has a sliding roof, stands on a Krone axle and is equipped with Krone Telematics. “Huckepack transportation is a new thing for Mammoet Ferry Transport. We are in the final stages of being able to put our trailers on trains at various destinations in Europe. It makes a difference in CO2emission.”

“Telematics is very important to us. Therefore, all new trailers are equipped with Krone Telematics. We link data from trailers to our systems, thus creating the desired overview for planning and management. The Krone system is flexible enough for this, that’s what we were looking for,” said Paul Kruisbergen.

Kweekel and Kruisbergen said their company and Neele-Vat had been ready for Brexit for some time. “We have all the software and customs programs here. Most of our trailers go to the other side unaccompanied. We have an office in the UK, so on the other side are our guys to reconnect the trailer for the final leg to the final destination. By working with unaccompanied trailers, we avoid costs in the event of unforeseen delays like the ones we’ve seen at Dover recently. Our customers benefit from that.” 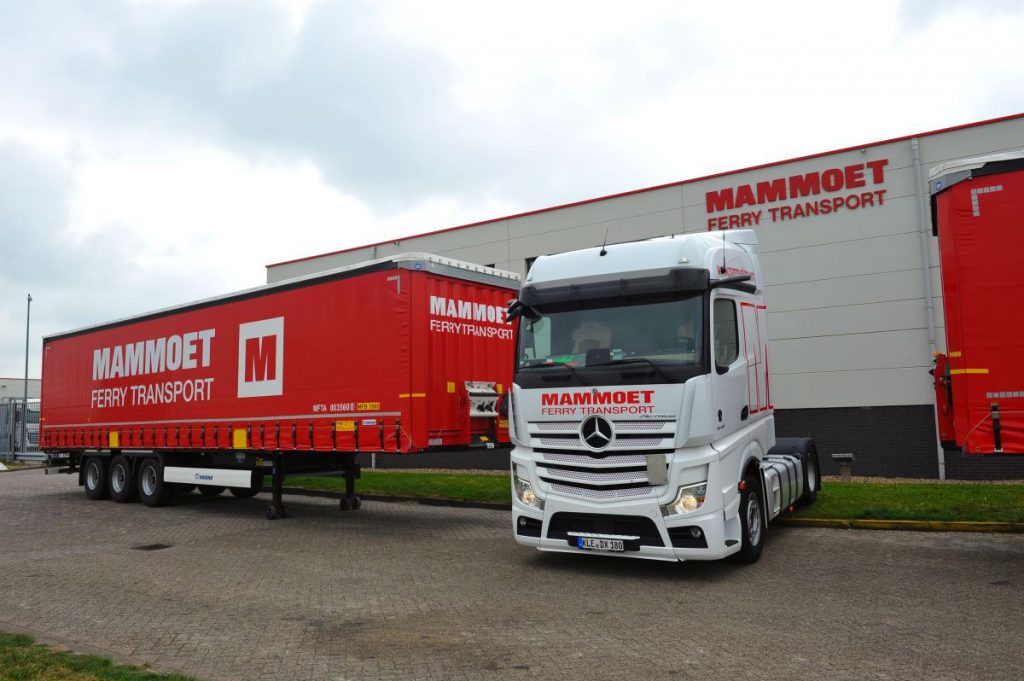 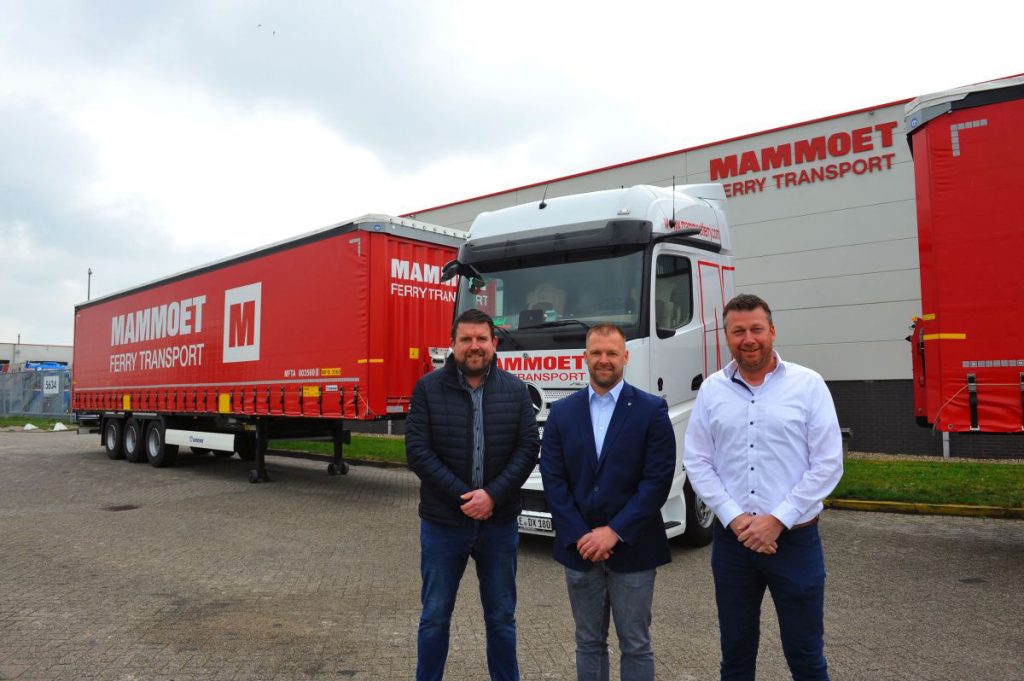