After activating DRIVE PILOT, the system controls speed and distance and keeps the car on track. Route profiles, events on the route and traffic signs are continuously analyzed and the system takes into account all possible variables. DRIVE PILOT also reacts to unexpected traffic situations and handles them independently, for example by evasive maneuvers in the lane or by braking maneuvers. The Mercedes-Benz system for highly automated driving (SAE Level 3) builds on the environmental sensors of the driving assistance package and includes additional sensors deemed indispensable by the manufacturer for safe operation. This mainly concerns radar, LiDAR and cameras, but also ultrasonic and humidity sensors that provide data. In line with the introduction of DRIVE PILOT in Germany, Mercedes-Benz aims to obtain legal series approval for the two American states, California and Nevada by the end of the year, provided the legal situation there permits. 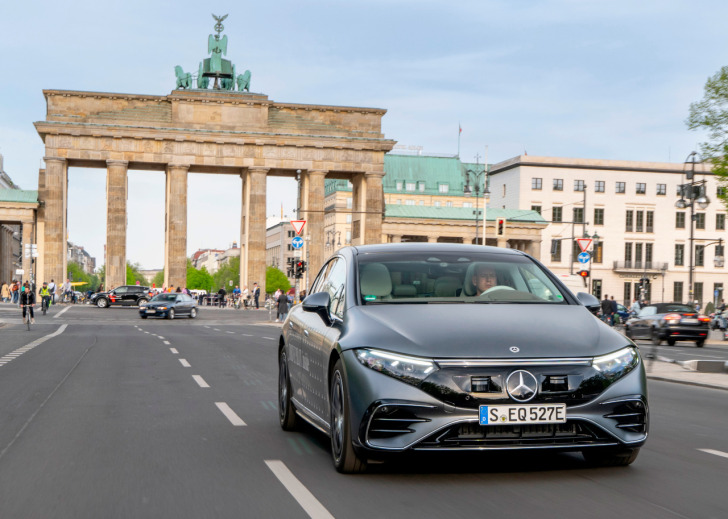 The operation of automated vehicles according to SAE-Level 3 requires a system design that allows to reliably deal with simple and serious faults. The redundant architecture includes braking, steering, power supply and parts of sensor technology, such as environmental recognition and driving dynamics calculations. Batteries, steering motors, wheel speed sensors, and the various algorithms the system uses to calculate data are also redundant. In addition, parts of sensor technology are also redundant, as they complement each other with different physical concepts (e.g. optics, ultrasonics, radio waves) and thus enable secure transmission. In this way, Mercedes-Benz sets a whole new standard when it comes to safety in automated driving.

In the event of a failure, the redundant system design allows the vehicle to remain agile, allowing the DRIVE PILOT to make a safe handover to the driver. If the driver does not fulfill the take-over request within the allotted time of up to 10 seconds, for example due to a medical emergency, the DRIVE PILOT immediately applies emergency braking that is safe for traffic behind. For this purpose, the so-called Intelligent Drive Controller continuously calculates the optimal route to a safe stop. Meanwhile, the maneuverability of the DRIVE PILOT is designed to keep the vehicle in its lane and avoid collisions with other road users and objects on the road.

The exact location of a Mercedes equipped with DRIVE PILOT is determined using a positioning system that is much more powerful than conventional GPS systems. In addition to data collected by LiDAR, cameras, radar, and ultrasonic sensors, digital HD maps provide 3D images of roads and their surroundings with information about road geometry, route features, road signs and special traffic situations (e.g. working). This highly accurate map differs from maps for ordinary navigation systems by, among other things, greater accuracy in centimeters than meters and a detailed model of intersections and trajectories. Map data is stored in the back-end data center and constantly updated. Each vehicle also stores an image of on-board map information, constantly comparing it to backend data and updating local datasets as needed. All of this enables stable and precise positioning through environmental representation that is independent of factors such as shadows or dirty sensors.

Mercedes-Benz ensures that this new technology is implemented in a legally responsible manner. Engineers, lawyers, compliance managers, data protection officers and ethicists have worked together as an interdisciplinary team throughout the development process. For example, the basis for automated driving is provided by additional control mechanisms: For safety-relevant functions, such as pedestrian detection, Mercedes-Benz engineers have purposely not used algorithms that change vehicle behavior while the vehicle is still operating, for example through a machine learning approach. The focus is more on so-called ‘supervised learning’ – that is, Mercedes-Benz determines and controls what artificial intelligence is allowed to learn. Before AI software is deployed on the road, extensive validation tests are performed to ensure that the AI ​​behaves as intended in real traffic conditions. In terms of pedestrian detection, AI helps the system to quickly and safely identify objects and situations on and beside the road. The ethical requirement of car manufacturers is that the detection is non-discriminatory. This means that with various vehicle sensors monitoring roads and thresholds permanently, car manufacturers always want to correctly identify people, regardless of clothing, body size, posture or other characteristics. 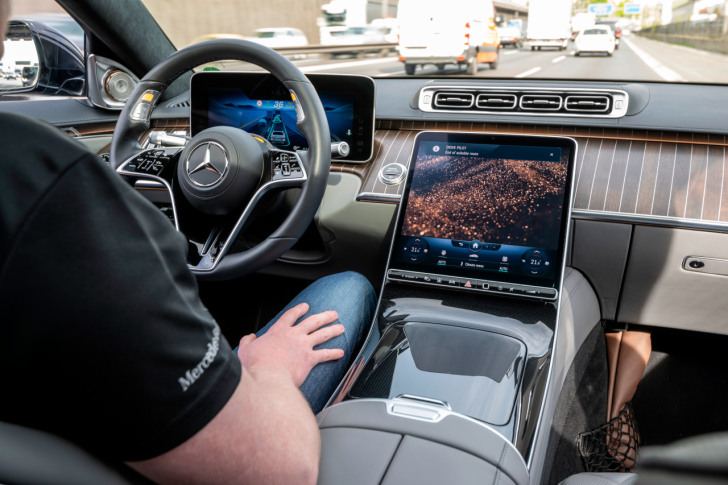 With the opening of the Road Traffic Act (StVG) to the Level 3 system in 2017, Germany has become the first country to create a legal basis for the purpose of using this system. Technical approval regulations that allow certification of such a system do not take effect until early 2021. Since then, the system has been able to be implemented in Europe; the chances that Mercedes-Benz is the first manufacturer to act quickly and as the first brand: in December 2021, Mercedes-Benz will become the first car manufacturer to meet the international legal requirements of UN-R157 for a Level 3 system that enables highly automated driving.

Concretely, this leads to requirements for vehicles and obligations for drivers: vehicles must perform driving tasks in a highly automated mode and comply with all traffic regulations intended to drive vehicles. However, the driver still has the duty to comply with other traffic regulations that apply on public roads. For this purpose, the driver must be ready at all times to take control and continue control at the request of the DRIVE PILOT or due to other apparent circumstances.